The Open Sourcing of Symbian by Nokia

I was sitting in a train in the middle of rainy Ireland when I received a mail that Nokia has bought Symbian and is releasing it as Open Source. I didn't believe a word of it. But the web was full of news about it, so it was true. This is an amazing turn of events that I didn't anticipate at all. (You may or may not know that in my previous job I was heavily involved with Symbian programming. Ironically, one reason I left just 6 months ago is that I wanted to work in an Open Source environment :-)

(This blog entry was written and co-posted together with my friend and the CEO of Warp Networks and EBox Platform, Ignacio Correas. Copyright notice: Please note that pictures embedded in the story by Ignacio are certainly not Creative Commons licensed anything.)

Ignacio: I have always considered MySQL as the best model for open source companies. Their approach to the market, the execution of different business models, their relation with the community or the way their work internally as a virtual organization have shown an innovative and successful example of how an IT company in the 21st century can be managed. 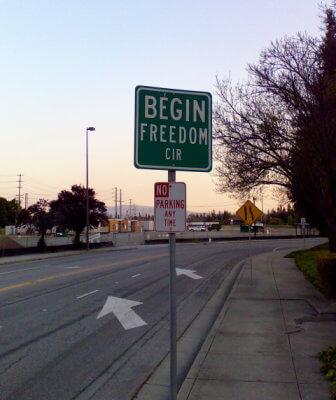 I'm hosting a MySQL Tour event in Helsinki, probably this is the last stop on the tour so it will end in the same city where MySQL got started. If you are nearby, please pop in!

This winter we haven't had as many Open Tuesday meetings as we had last year,
but we will finish off the season with meeting Sun and MySQL on May 6th at
18:00, in the usual place Club Ahjo, Bulevardi 4, Helsinki.

Relocating from GoDaddy to HostGator

If you are reading this it means the nameserver update is in effect and we have officially moved to a new web hotel. From its inception openlife.cc has been located on a GoDaddy.com server, and almost from day one I had my doubts about it: "BTW, is this GoDaddy server slow or what? Or is it just Drupal? I wonder what will happen when I actually get some visitors." Now I know what happened. After the site was added to planetmysql.com, response times went from slow (like 20-30 secs) to unusable (60 secs, which means 50% of the time you'd just stare at a white page after page timeout). I already relocated the Finnish sister site avoinelama.fi some time ago, and actually regretted my first choice of hosting provider DreamHost, only to find out that the current one HostGator, wasn't perfect either (doesn't support unix style directories /~hingo/, but at least allows a hacked redirect to save the day).

Bruce Perens needs your help in re-joining the OSI board

Bruce Perens has nominated himself to become a board member of the Open Source Initiative. To get there, the OSI board (which elects its own members) has said he needs to show he has support in the Open Source community. If you want to show Bruce your support, you can do it here: https://techp.org/p/7

MySQL being acquired by Sun has of course put a lot of focus on the success of MySQL so far, but it is also interesting to think what success will mean as part of Sun too. In this light a recent interview of MÃ¥rten by Business Review Online about the acquisition was inspiring. (As words from MÃ¥rten usually are!)

"It's a marathon, not a sprint," he said. "If a 15-year-old downloads MySQL now, when do we get our money? In about 15 years' time when he is head of IT at a company and he loves MySQL. But in many cases it will happen sooner than that."

"In open source we say fail fast, scale fast. Many web 2.0 ideas will fail, but when Google or Facebook [two of MySQL's biggest customers] get it right they suddenly need to scale like crazy," Mickos said. "Open source is the only model where they can scale fast on exactly the same code base; it's the same product. All of the [commercial] database players have free versions, but when you need to scale you need a slightly different version [of the database]."

I was wrong in my last post, it seems that all Sun database developers are now part of the same organisation, including PostgreSQL's Josh Berkus.

MySQL has the pluggable storage engine architecture, which is unique in the industry. The idea is you pick from among a suite of storage engines the most suitable one. PostgreSQL on the other hand has a plugin architecture for programming languages you can then use for stored procedures. And the cool thing about Open Source...

Someone went as far as to implement a PostgreSQL plugin of LOLCODE, a funny programming language I didn't know about until recently. So now you could do this with PostgreSQL:

Human readable resources on Paxos
Using Math and Science to cope with Parkinson's
Is it worth exercising options early?
Sakta vi gå genom stan
On coaching and managing
A scalability model for Cassandra
Secondary indexes in Cassandra
OSI State of the Source 2020: In Defense of Extreme Copyleft
RUM Conjecture for Beginners
Database Benchmarking for Beginners
END_OF_DOCUMENT_TOKEN_TO_BE_REPLACED